FOR OWNERS, BOOKKEEPERS OR TAX PREPARERS

One of the most commonly misunderstood items for flow through entities is just how healthcare is supposed to be handled for 2% shareholders. Tax preparers, bookkeepers and owners alike sometimes get one side of the equation but rarely are given the full picture. At first, it seems like such a penalty for owning your own business, but it is really a blessing in disguise!

IRS Notice 2008-1, titled “Special Rules for Health Insurance Costs of 2-Percent Shareholder-Employees” regulates exactly how accident and health insurance premiums should be handed for flow-through tax entities.  In summary, accident and health insurance expenses paid by an S-corporation on behalf of shareholders who hold more than 2% ownership in the entity, are subject to income tax for the owners.  Contrary to popular belief, this is actually a good thing, even though it seems like a penalty.  Even if the corporate owner pays health insurance out of pocket, it is advantageous to have the company reimburse the owner and report the amounts as income on the paystub.

Because where things show on the tax return matter. The business must pay or reimburse the shareholder the premiums, and take this expense as officer compensation (not health insurance). Hence, the taxable income of the flow-through entity is reduced by the same amount as the increase in shareholder’s W2. Both are ordinary income and taxed the same at this point.  However, the shareholder will take an adjustment in “Adjustments to Income" from Schedule 1 of the 1040 on their personal return for “self-employed health insurance deduction.” What is key here, is that the adjustment takes place “before" taxable income is calculated, called “a deduction for AGI (Adjusted Gross Income)" or commonly called “above the line."

The deduction is the full amount reported on their W2 for the health insurance premiums paid by the entity. It is always better to take allowable deductions “above AGI” than “below AGI” when permitted, because AGI sets limits on the amount of deduction the taxpayer can take on most other itemized deductions.  Also, if the shareholder takes the medical deduction on Schedule A “itemized deductions" instead, the amount is severely limited or may not be allowed at all.

What taxes does it affect?

Reporting S-corp medical income on the owner’s W2 affects only Box 1 and 16, taxable federal and state wages. It does NOT increase FICA (Medicare or Social Security) tax expense for either the employee or the company.  FUTA and SUTA (federal and state unemployment) are also usually not affected because these are capped at a relatively small wage base. So, there is literally no tax penalty for doing it the way the IRS wants you to do it.

How does the bookkeeping work for S-corp medical?

To be booked properly, health care “expenses” paid for on behalf of a business owner (or reimbursed to a business owner) are reported on the shareholder’s W2 and expensed as compensation, not health insurance on the books of the entity.

A journal entry should be made to recognize the expense from S-corp medical, and to reconcile the book wage expense to the W3. I like to use an expense subledger for “officer compensation – Scorp Medical" in the interests of transparency. The journal entry should debit (increase) officer compensation-scorp medical expense and credit (reduce) whatever account was used to pay the medical premiums for the shareholder and other employees throughout the year.  The company may NOT double-count health insurance expense and wage expense for these same premiums. In fact, instructions for claiming health care expenses on the company’s 1120S return specifically exclude health expenses paid on behalf of owners, because they are assumed to already be counted in wage expense. Run this amount through payroll by the end of the year or in pro-rata amounts each payperiod so that it properly shows on the W2.

In the case if the shareholder paid “out of pocket” using personal funds, the account to debit again, is officer compensation – scorp medical and the credit could be cash – as in a reimbursement check to the shareholder – or to reduce shareholder distributions.  Just be sure to follow the golden rule of keeping distributions balanced pro-rata for all shareholders, and run the amount through payroll.

Special thought must be given if the shareholder chooses to have premiums, or some portion of premiums, deducted from their paycheck.   In the certain health care plans, the owner may need to pay the same percentage of premiums that all employees pay, so be sure to check with the HR department on the suitability of the plan. It does not however affect the tax treatment. If needed, contributions to health care by the 2% shareholder must be done post-tax, even if they are done as Section 125 pre-tax deductions for other employees.

If there is no requirement imposed on the shareholder to contribute to the cost of the premiums, Turn Key Office recommends having the entity fully pay the cost, recording it as wage expense, and report the total paid on the shareholder’s W2.  This provides maximum tax benefits and minimal bookkeeping.

How do I reconcile book wage expense to federally filed W2/W3s?

S-corp medical amounts would properly be noted in Box 14 of each affected W2 and should already be included in Box 1 and 16.  Note that S-corp medical amounts are not included in Box 3 (taxable Social Security Wages) or Box 5 (taxable Medicare Wages) totals. Pretax deductions, such as 401(k), HSA, pre-tax medical and FSA, reduce box 1 and 16, but do not generally reduce box 3 or 5. Pay close attention to the expense accounts used to report imputed income on fringe benefits, such as taxable group term life insurance and disability insurance or a car allowance. Taxable fringe should be posted to wage expense to match the W3. We also recommend as a good practice to use distinct ledgers for accrued payroll transactions (wages earned but unpaid). This will keep accrued expenses separate from wage expenses paid throughout the year from complicating your reconciliation.

Hopefully this article helps shed anxiety and provide guidance in how to handle this tricky area and take advantage of proper tax deductions! 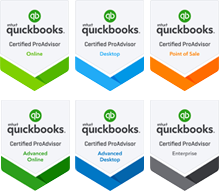